ABS was founded nearly 25 years ago in founder Mark Lewis’ basement. Over the years, ABS grew from a team of one to now a team of over 100 technology experts. After outgrowing Mark’s home, the ABS team spent 18 challenging yet formative and memorable years at our previous office on Brownsboro Road. It was in that office that reached the 100-employee mark, found a niche in the Enterprise sector, and truly saw the impact that a people-first approach to IT could have on businesses across our community. To continue our unprecedented growth, we knew it was time to move on from our Brownsboro Road location, and in 2018 we broke ground on our new office in the historic Clifton neighborhood.

We celebrated the grand opening of our Clifton office on May 23 and began a new era at ABS. Our new, 30,000-square-foot office not only gives us the space to grow our team, but it also positions us to better serve the Louisville community through the advancement of technology.

We are also excited to be members of the historic Clifton community. In honor of the neighborhood and the history of the land our property sits on, we dedicated space in our office to tell the story of the impactful people and businesses that came before us. 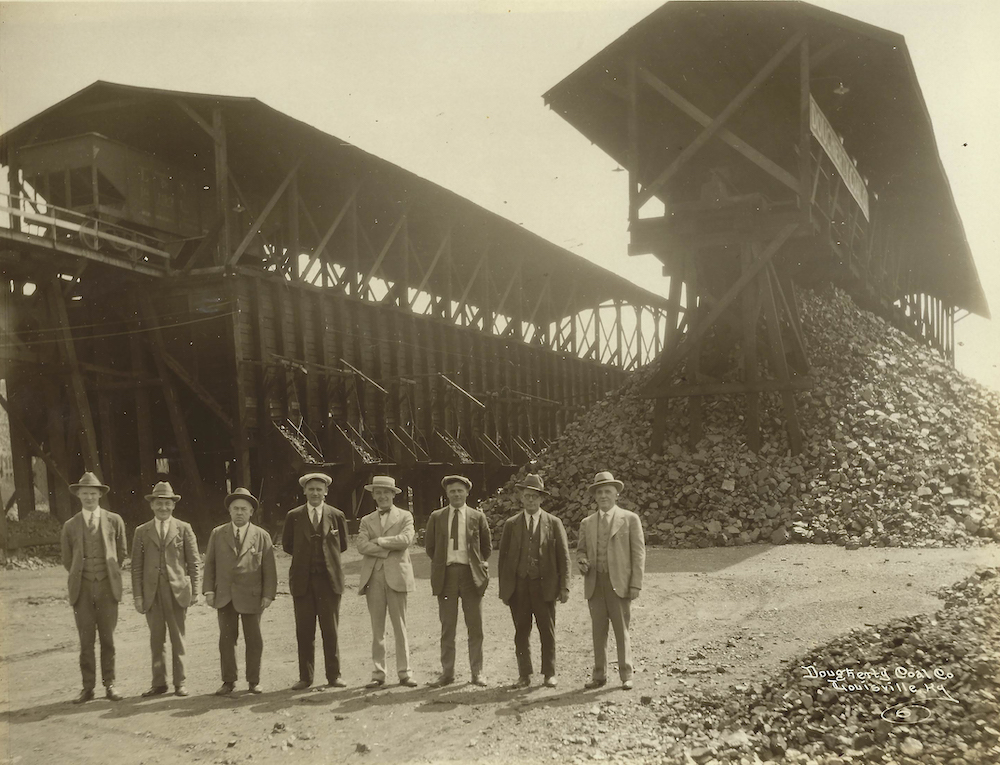 Our new office sits on property that has played center stage to the development and expansion of Louisville for over 200 years.

Before becoming home to industries that supported Louisville’s infrastructure in the 20th century, this property belonged to the esteemed Pope family, who moved to the Falls of the Ohio in 1780 to help establish the town of Louisville.

By the 1950s coal began to lose its prevalence as an energy source for homes. Thankfully, during its time as a coal yard, the property also played host to an asphalt company who leased part of the land. With the proper zoning already in place, Dougherty Coal Company invested in an oiler and roller and Louisville Paving was born. By 1967, the Dougherty family stopped delivering coal and focused their full attention on asphalt paving.

What began with driveway paving turned into forging roads across Louisville. For over 50 years, the Dougherty family operated their paving business from this property. Today, Louisville Paving leads in highway paving and heavy construction as well as water and sewage treatment plant construction, pump stations and structures, and commercial concrete services. 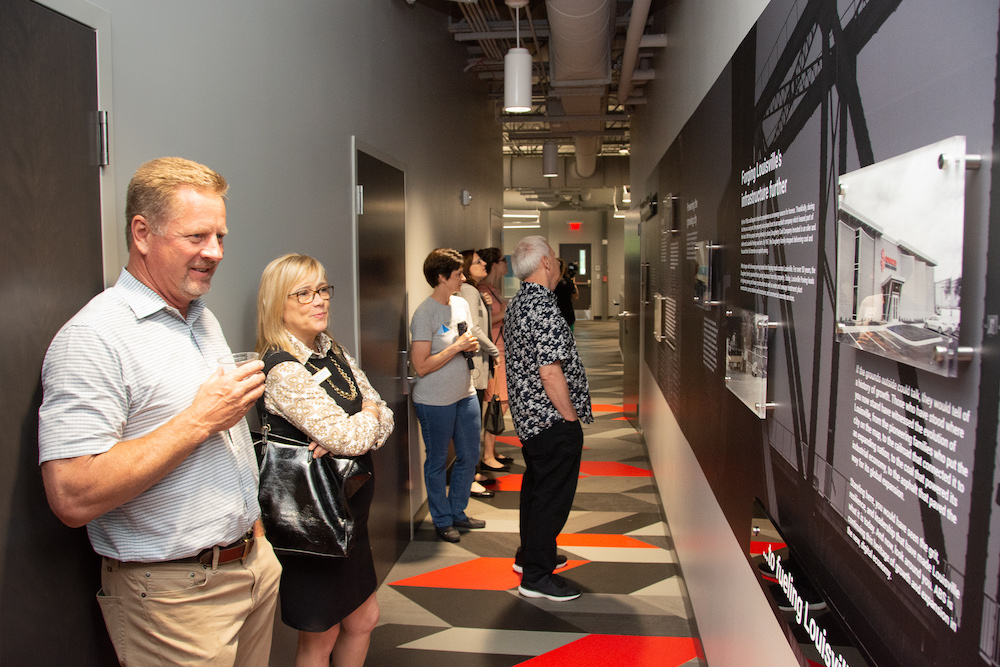 Laying the rails for expansion

As shops and taverns popped up alongside the Louisville and Frankfort Railroad route, the Clifton neighborhood began to form. Access to the railroad and the area’s natural resources also led to a growth of industries and jobs.

In the late 1840s, the Louisville and Frankfort Railroad was chartered to connect Louisville to Kentucky’s capital. The railroad still runs through Clifton today, creating the northern border of our property.  L&N later acquired the rail line, which played a major role in the movement of troops and goods during the Civil War. Rail traffic continued to increase into the 1900s as the World Wars fueled the expansion of manufacturing across the U.S.

As Louisville manufacturing and industrial sector grew, the railroad tracks through the Clifton neighborhood became a major thoroughfare for shipping and distribution. Today, between 26-28 trains pass by this property every day.

Its prime access to the railroad made this property a perfect location for supplying coal to the growing city. In 1919, Dougherty Coal Company began operating on the property. For 30 years the company flourished as it delivered coal to Louisville residents.

Thanks to the property’s high grounds, Dougherty Coal Company was the only coal company to survive the historic flood of 1937, which flooded 60% of the city and displaced two-thirds of Louisville’s residents. In the aftermath of the flood, Dougherty Coal Company played a crucial role in powering the city, and the Red Cross even set up an emergency food station at the yard.

We are thankful to the Dougherty family for letting us continue the legacy of this property. The grounds of our property tells of the grit, resilience, and leadership that have made Louisville what it is today. As we begin our new era, ABS looks forward to continuing this heritage of growth and expansion in the new, digital economy in the greater Louisville region and other cities like Lexington. 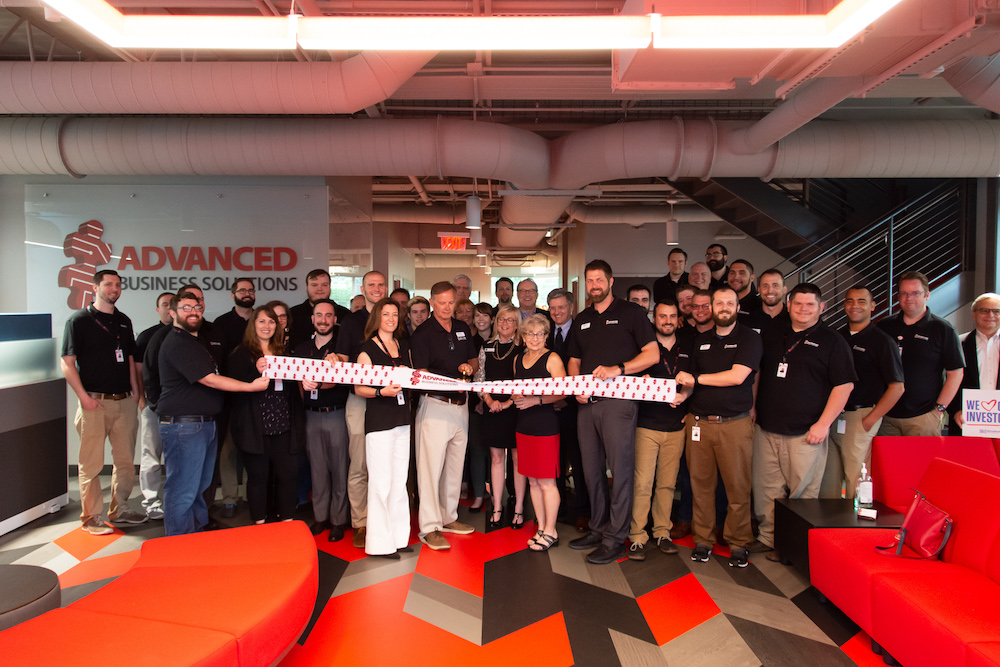 In the years to come, we will continue to build a team of talented, local technology professionals. More importantly, though, we will help more Louisville and begin helping Lexington businesses remove the constraints of technology so that they can focus on what they do best.

If you want to learn more about how ABS can impact your business’ IT, start a conversation with us today. We’d love to show you around our new office and get to know more about your IT needs!

Employee Education is the Best Defense Against Phishing